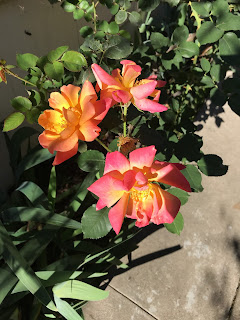 Climbing Joseph's Coat is a long-time favorite. It blooms continuously throughout the season. When well fed and watered, its sprays are bouquets themselves. Buds open to a yellow-orange color and fade to red. It is thorny but easily pruned and vigorous. It does need some support and most fences will do.

On California's Central Coast, it mildews in the coldest and wettest summers but that's easy to tolerate.

I picked several fully blossomed canes, stuffed them into a Mason jar and brought cheers from the audience at a garden club.

Mine three bushes grow alongside my house. When I had the home painted a few years back, I pruned all three down to stubs - protection from the house painters stepping on them and splitting the bud union. Within weeks, Joseph's Coat sent up several new canes on each bush. Truly, takes a lickin' and keeps on tickin'.

Its fragrance is minimal but its color always vivid. 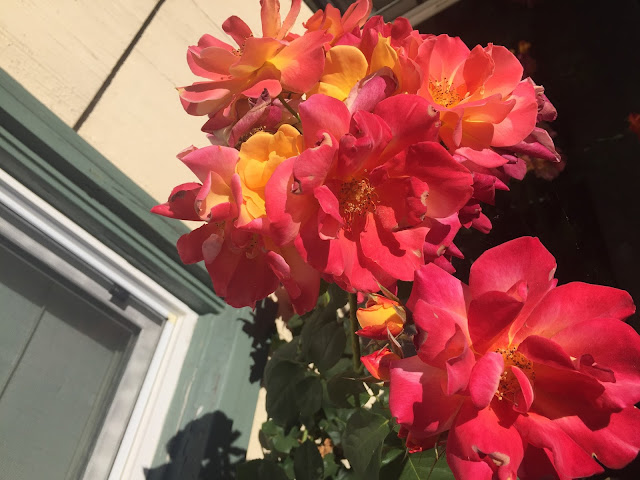