If I was asked which hybrid tea in my garden I felt I grew most successfully, I would have to say Maria Callas (France, Meilland 1965). For some reason, an anti-operatic sentiment I’m sure, this magnificent rose is known and sold in the United States under the totally nondescript, unromantic, hard to say, Miss All-American Beauty. It’s Maria Callas most other places on the planet. Particularly irritating, Maria Callas was born in New York City.

Maria Callas is available locally. If your nursery attendant knows it by both names, I certainly would respect whatever else that person might have to say about roses. Maria Callas should find a prominent place in every garden for many reasons not the least of which is that it truly is easy to grow.

I would also add that she looks terrific in the garden if given plenty of room. She can last as an unfading cut flower in a vase for more than a week, sports an attractive fragrance, and resists all the common diseases we are plagued by. She’s not immune but puts up an admirable fight.

Maria Callas, unlike her temperamental namesake, is a carefree marvel. She readily produces basal breaks throughout the season. Nearly every bud eye will sprout and bear a long-stemmed, gorgeously shaped, dark pink rose about six-inches in diameter. She produces buds which will open throughout our foggy summers.

On very hot days, direct sunlight might burn a petal edge, but generally, she holds up well. And, very much like her namesake, she is a bit thorny!

Her fragrance is sweet but somewhat peppery with an ample hint of the true damask rose scent. The large, medium green leaves provide dramatic contrast and ample background for this stellar garden plant. I’ve grown three plants for seven years and have given dozens of blooms away.

While not a great exhibition rose, most blooms of Maria Callas contain “muddled” centers and not the perfect symmetry show judges insist on. This tendency to have multiple or nondistinct centers, however, has endeared her to me. It’s proof that she is a garden rose. She doesn’t look like she just emerged from a hothouse, unblemished and mass produced. Each bloom is different and has its own charm.

This queen, like so many other stars, was not born overnight. Maria Callas was introduced in 1965 and received the AARS award in 1968. In fact, Maria Callas is the product of decades of rose hybridization claiming some of the most distinguished roses in her parentage.

She was developed by the highly acclaimed French hybridizer Meilland of Antibes. Her parents are the fabulously scented and beautifully shaped dark red, Chrysler Imperial (USA, Lammerts 1952) and the medium red Karl Herbst (Germany, Kordes 1950). These two parents also contain roses you may have heard about in their ancestry.

Chrysler Imperial is the offspring of Charlotte Armstrong (USA, Lammerts 1940) and Mirandy (USA, Lammerts 1945), the former provided what was necessary for Maria Callas to grow so well on the Central Coast - good disease resistance, vigorous cane production, looser petals, and generosity of blossoms, the latter provided some of her terrific fragrance and ample petal count. Karl Herbst is a product of Peace (France, Meilland 1945) and Independence (Germany, Kordes 1951).

Maria Callas great-grandparents are also interesting. Charlotte Armstrong came from two terrific roses: Crimson Glory (Germany, Kordes 1935) and Soeur Thérèse (France, Gillot 1931). The former is a great old red rose that I found in a bin at Kmart many years ago and the latter is still available but very rare. Sister Therese is a yellow offspring of the red Old Garden Rose General Jacqueminot and Souvenir de Claudius Pernet which was a product of the Pernet rose breeding program that brought the color yellow into the modern hybrid tea roses. This same rose is also found in Peace’s background!

Regardless of pedigree, include a Miss All-American Beauty aka Maria Callas in your garden and it will be sure to give you a clean, healthy bush and abundant cutting-quality blossoms. 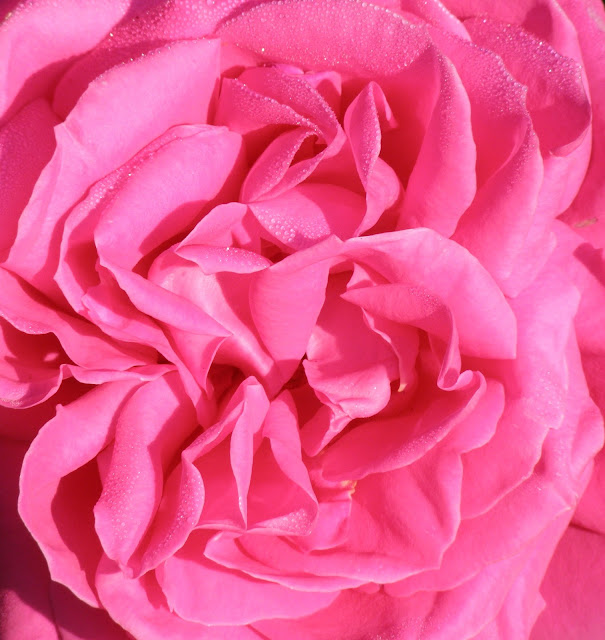